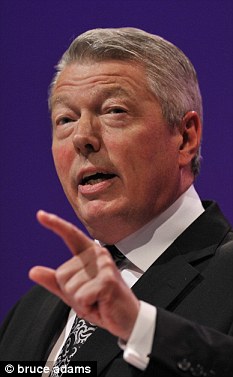 Redesign of arrest and search form will save police 200,000 hours

Redesign of arrest and search form will save police 200,000 hours

Crackdown on bureaucracy: Home Secretary Alan Johnson admitted “the dragon of bureaucracy has yet to be killed”

Controversial stop and search forms must be streamlined to save police 200,000 hours per year.

Home Secretary Alan Johnson announced the crackdown on the bureaucracy after continued criticism from officers that it prevents them from doing an effective job.

In a speech at the annual conference of the Association of Police Commissioners,
he admitted that “the dragon of bureaucracy has not yet been killed”.

But he told delegates that individual forces and law enforcement authorities must also take action to address the problem.

An increase in the red tape for stops and street searches was introduced following the public inquiry into the murder of black student Stephen Lawrence.

Mr Johnson said information officers record when they stop – but don’t stop – a suspect could be reduced by more than ten points to just two or three.

Details such as what was found, the registration of any vehicle involved and whether any property was damaged during the search would be dropped.

Instead, officers would only record the reason for arresting someone and their ethnicity.

Following a pilot project, the measures are expected to be included in the next draft law on police, crime and private security.

Mr Johnson officials predict the changes could save up to 200,000 hours each year.

The change is the latest in a series of measures designed to increase the time agents can spend on the beat.

Ministers have already removed a longer stop and count form and the requirement for officers to complete a form explaining how they spent every 15 minutes of their shift.

The Minister of the Interior also pledged to “radically reduce” the other documents.

The administrative formalities related to checks and searches under anti-terrorism legislation will remain unchanged. 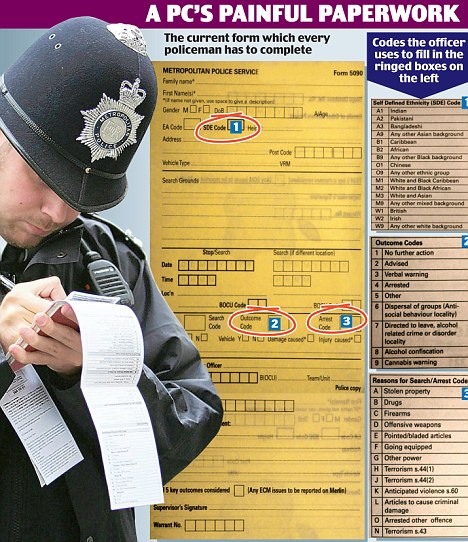 “Difficult times loom” for the police

Ian Johnston, president of the said at the conference that the police must be “honest
on the difficult times ahead â€.

He said a period of growth for forces across the country was coming to an end, with some regions halting recruiting and seeking to cut costs amid fears of budget cuts of up to 20%.

Let’s have fun with the Google search box.